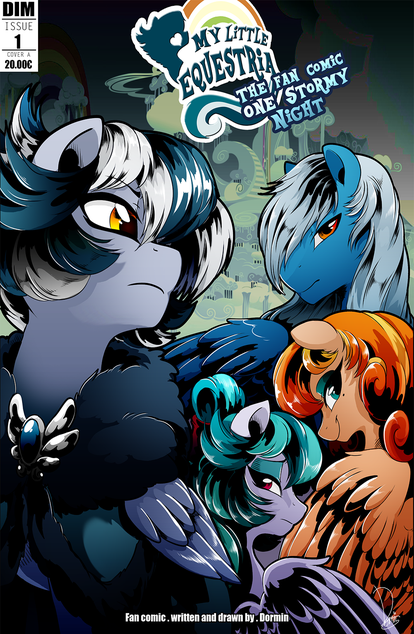 The first issue of the fan mlp comic One Stormy Night. The story takes place before Equestria was unified, even before the Alicorn princess were known.

We encounter the Silver Family, part of Cloudsdale's nobility, discussing about the first hearth warming eve after Clover the Clever successfully made the windigos vanish from Ponyland. Tension appear as ponies still reject the fault on eachothers, and tensions ruins the family reunion.

Ruby Silver, countess and owner of the Storm Factory, flee the table, upset, followed by Soul Silver, her disabled son and heir. Very mad after her  husband and half sister insulted her blood, she lead Soul Silver to the Silver crown, a magic artfect abble to rule over the bad weather, in hope he will ready to handle it and deal with the blizzard. 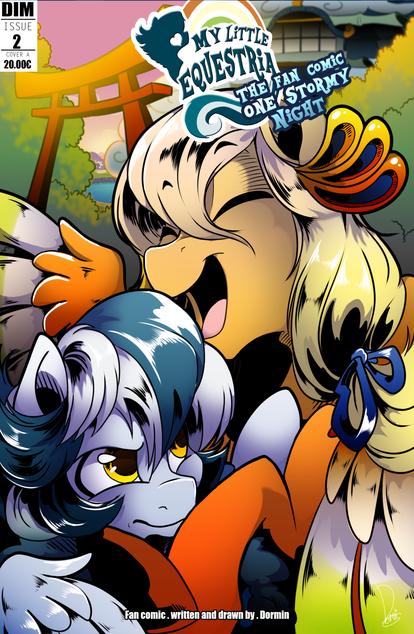 The Silver crown doesn't seem to react to Soul Silver, maybe he isn't ready yet?

Mad, Ruby Silver flee on her own to the crystal empire to spend hearth warming eve with her mother. Soul has to do the trip on his own and gets pretty annoyed by his family attitude.

While he was venting to himself, a large pegasus jump on top of him to greets him. It's his Rival and best friend, Heart Gold, heir of the Rainbow factory, who wish to spend the eve with Soul.

The Silver pony tries to dismiss the idea as he manage to escape in a airship of his own, but Heart Gold is very persistent. 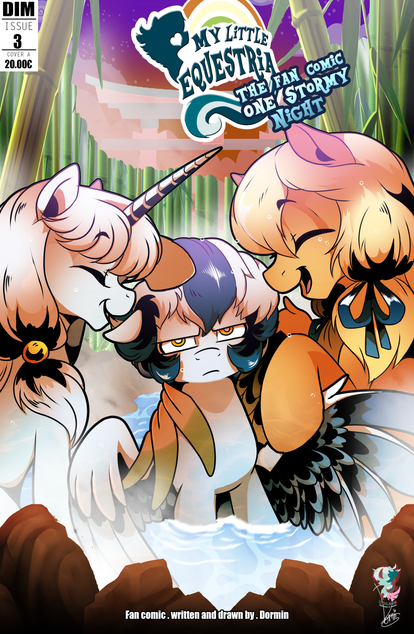 Heart Gold manage to get in the airship, on his way for the crystal Empire with his best friend, Soul Silver.

On the way, Soul has a very weird dream about a half pegasus, half unicorn tall pony, saving him from a sea of darkness. Confused, he choose to not adress it now and lead his friend to this exotic location.

They are greeted by Naga, a unicorn and Soul's cousin, and by Ruby and her mother. Soul is very happy to see his grand mother who welcome the Gold's heir as long as he gots bits.

The two friends spend the Eve Night together in the hot springs and Soul gives a fancy gift to Heart Gold to show his care and friendship to him.

But little did they know, someone was spying on them in the shadows.